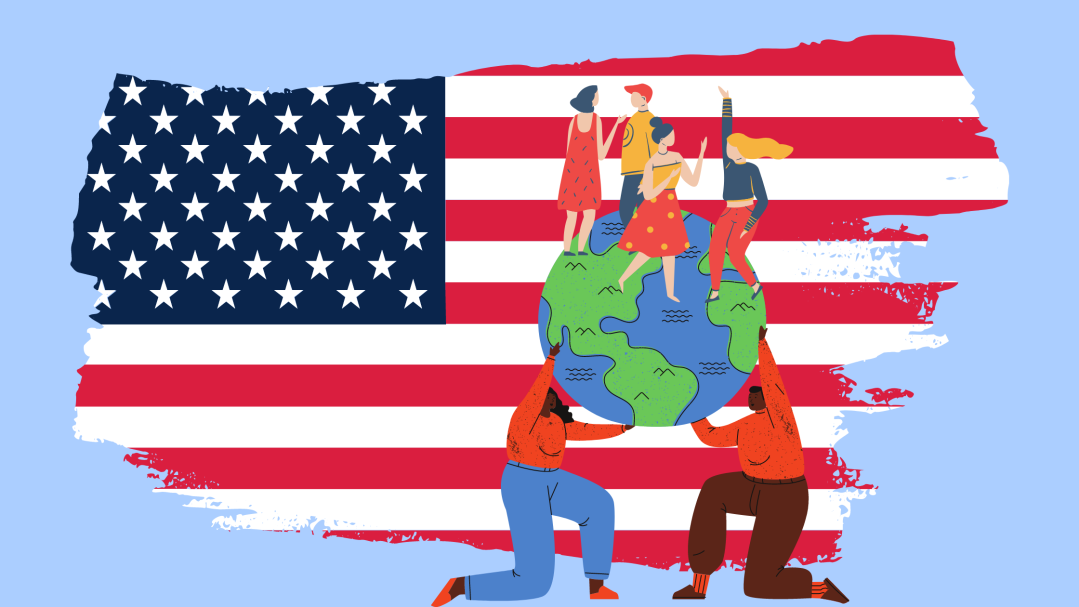 I Wish I Lived In Trump’s America

I must smile underneath my mask. It’s a habit… at the grocery store, down the street, waiting at the post office… when I smile, white people don’t view me as a threat. I get to live another day.

But still, the mask can’t hide my fear that one day I won’t smile enough. A video of me being beaten on the street goes viral. I become a statistic and a hashtag. Strangers say my name and then forget it. And my mothers celebrate the anniversary of my death and the birthdays I never had.

@realDonaldTrump 23 May 2017: All civilized nations must join together to protect human life and the sacred right of our citizens to live in safety and in peace.

New data from the Centers for Disease Control and Prevention provides more evidence that Black Americans have been hospitalized with COVID-19 at higher rates than other racial or ethnic groups… A sizable share of U.S. adults (44%) say the high rate Black coronavirus hospitalization has more to do with people’s choices and lifestyles.

Growing up, I never understood the saying “Starve a cold, feed a flu.” Shouldn’t you just eat normally and follow your doctor’s orders?

President Donald Trump says some Americans might wear face masks not as a way to prevent the spread of coronavirus but as a way to “signal disapproval of him.”

“Perhaps that’s what all human relationships boil down to: Would you save my life? or would you take it?”

In Herbert Kelman, Professor of Social Ethics, Emeritus, at Harvard University, defines humanness into two parts: “identity” (i.e., a perception of the person “as an individual, independent and distinguishable from others, capable of making choices”) and “community” (i.e., a perception of the person as “part of an interconnected network of individuals who care for each other”). When a target’s agency and community involvement are denied, they no longer elicit compassion or other moral responses, and may suffer violence as a result.

@realDonaldTrump 28 May 2020…These THUGS are dishonoring the memory of George Floyd, and I won’t let that happen. Just spoke to Governor Tim Walz and told him that the Military is with him all the way. Any difficulty and we will assume control but, when the looting starts, the shooting starts. Thank you!

I skipped class to attend a Black Lives Matter protest during my first year at Northwestern University. My professor deemed my absence inexcusable and refused to accept my homework.

According to a Pew Research Study, about four-in-ten Black and Asian adults say people have acted as if they were uncomfortable around them because of their race or ethnicity since the beginning of the outbreak, and similar shares say they worry that other people might be suspicious of them if they wear a mask when out in public.

@realDonaldTrump 20 June 2020 As I watch the Pandemic spread its ugly face all across the world, including the tremendous damage it has done to the USA, I become more and more angry at China. People can see it, and I can feel it!

“Words mean more than what is set down on paper. It takes the human voice to infuse them with shades of deeper meaning.”

― Maya Angelou, I Know Why the Caged Bird Sings

During the Rwandan genocide, Hutu officials referred to Tutsis as “cockroaches” that needed to be cleared out. During the Nazi era, Jews were called “rats.” The marginalized became pests to their oppressors.

A Black parent overheard a white student at Brown University telling his friend, “I’m not racist, but they should build a fence around campus. I’ve seen too many of them lately” @blackivystories

@realDonaldTrump 5 June 2020 We should be standing up straight and tall, ideally with a salute, or a hand on heart. There are other things you can protest, but not our Great American Flag – NO KNEELING!

“I love America more than any other country in the world and, exactly for this reason, I insist on the right to criticize her perpetually.”

“If indeed all lives mattered, we would not need to emphatically proclaim that ‘Black Lives Matter’… There are many more specific instances we would have to name before we can ethically and comfortably claim that All Lives Matter.”

I wish I lived in Trump’s America. I wish I could go outside and not think about the color of my skin for one day. But I can’t. I’m constantly reminded that this country was not made for me, even though my people made this country.

I’m always going to be a Black student, a black singer, a black writer. I’m proud of my heritage, but I don’t want it to define or confine me. I don’t want the color of my skin to make my aspirations seem surprising or become marginalized.

If I didn’t define myself for myself, I would be crunched into other people’s fantasies for me and eaten alive.”

@realDonaldTrump 12 June 2020 We had previously scheduled our #MAGA Rally in Tulsa, Oklahoma, for June 19th – a big deal.

@BarackObama 19 June 2020 Juneteenth has never been a celebration of victory, or an acceptance of the way things are. It’s a celebration of progress. It’s an affirmation that despite the most painful parts of our history, change is possible––and there is still so much work to do.

Diversity refers to the traits and characteristics that make people unique. Inclusion refers to the behaviors and social norms that ensure people feel welcome. Equity refers to the fair and respectful treatment of all people.  Lastly, justice is a proactive reinforcement of policies, practices, attitudes and actions that produce equitable power, access, opportunities, treatment, impacts and outcomes for all. While diversity is a necessary first step, the ultimate goal is inclusion, equity, and justice for marginalized groups

@realDonaldTrump 25 June 2020 Black Lives Matter leader states, “If U.S. doesn’t give us what we want, then we will burn down this system and replace it”. This is Treason, Sedition, Insurrection!

LIBERATE VIRGINIA, and save your great 2nd Amendment. It is under siege!

In 2017, I was writing in a coffee shop, and a man commented on a sticker on my laptop. “‘Careful or you will end up in my novel?’”

I was mid-sentence and caught off-guard. “Ah, yeah.. I’m a writer” And then the normal conversation follows:

Where do you go to school?

What do you write about?

“Well how do you define yourself?” he asked.

“Ha, that’s a short question that requires a long answer, but I guess a Black woman”

@realDonaldTrump 2 June 2020 My Admin has done more for the Black Community than any President since Abraham Lincoln.

English poet Alexander Pope, created the proverb: “To err is human” in the poem An Essay on Criticism, Part II  from 1711.

“This Fourth of July is yours, not mine. You may rejoice, I must mourn… your celebration is a sham; your boasted liberty, an unholy license; your national greatness, swelling vanity; your sound of rejoicing are empty and heartless […] — a thin veil to cover up crimes which would disgrace a nation of savages.” —Frederick Douglass, The Meaning of July Fourth for the Negro (1852)

The latter half of Alexander Pope’s proverb reminds us: “to forgive is divine” If forgiving human err is divine, forgetting is blasphemous

Ways You Can Help:

To the family and loved ones of George Floyd, Ahmaud Arbery, and Breonna Taylor

Or, to an organization: The Bail Project, The Minnesota Freedom Fund, the NAACP Legal Defense Fund, Communities United Against Police Brutality, and The American Civil Liberties Union

If you participate in a local protest, make sure to take the following precautions and acknowledge city curfews— if they apply.

Want to keep up with my adventures? Be sure to Follow Inside The Kandi Dish on WordPress.com!

8 thoughts on “I Wish I Lived In Trump’s America”

If you’ve received messages like this or followed this account, THIS IS NOT ME. I haven’t been hacked, and I would never DM without correct comma usage 😒 Please report this account so I can get it taken down. Thanks ☺️
Let the quarter-life crisis commence! 🙃 #25
Thank you for being my Valentine and my lil spoon ☺️
Justice wasn’t served today.
I couldn’t smize because I was too busy thinking about @erykahbadu 😇
Tis the season🌻🌱
Start of Something New—ish 😸💜 #newjob
𝑮𝒐𝒍𝒅𝒆𝒏 𝑯𝒂𝒊𝒓. 𝑫𝒐𝒏’𝒕 𝑪𝒂𝒓𝒆. 👩🏽‍🦱✨
Better late than never 👩🏽‍🎓💜 Northwestern 2020